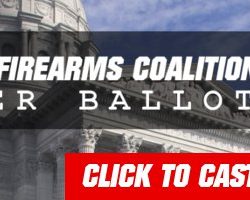 The 2019 session of the Missouri General Assembly is well under way, and I have been working for days to finalize MOFC’s legislative goals for the year, along with the budget we will need to be effective. But I have to level with you. With recent mass shootings at the Jewish synagogue in Pittsburgh and the nightclub in Thousand Oaks, CA, I am becoming convinced that our initial plan of

The first week of the 2019 legislative session is behind us. And while swearing in ceremonies and other procedural events dominated much of the first week, over a dozen nasty gun control bills have already been filed in Jeff City! And insiders report that more gun control bills are coming very soon. But we’ve also had our bills to repeal deadly ‘Gun Free Zones’ introduced this week, as well. With 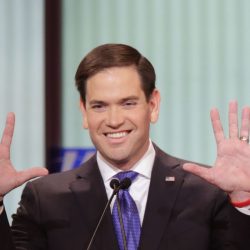 Moments after the U.S. Senate gaveled in Thursday, Florida Republican Senator Little Marco Rubio introduced Senate Bill 7 — ‘Red Flag Gun Seizure’ legislation. This is the fight I’ve warned about for months, and now it’s finally here. In a nutshell, ‘Red Flag Gun Seizure’ legislation would allow for government confiscation of your firearms before you’ve been indicted, charged, or convicted — of anything! It destroys the concept of ‘innocent

It’s game time for gun owners! Nancy Pelosi’s war against gun owners is officially underway, as the 116th United States Congress kicked off about an hour ago in Washington D.C. And let me tell you, Pelosi has vowed to make passage of radical gun control a major priority in this session of Congress! So while we focus the majority of our efforts on removing ‘gun free zones’ (as well as