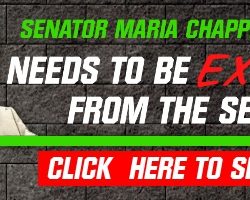 “I HOPE PRESIDENT TRUMP IS ASSASSINATED!” With that Facebook post advocating the unthinkable, Democrat State Senator Maria Chappelle-Nadal (D-University City) sent shockwaves not only through Missouri, but also nationwide. This anti-gun State Senator who led the floor fight to stop Constitutional Carry, Stand-Your-Ground and Castle Doctrine to “stop gun violence” in Missouri is now advocating murdering the President of the United States? The Governor, Lt. Governor, BOTH state parties and