Moments ago, the gavel fell on the start of the 2018 legislative session here in Jeff City!

Our main goal for 2018 is to advance legislation to rid Missouri of the dozens of so-called ‘Gun Free Zones’ that Missouri has on the books.

As you know, these are areas where law abiding gun owners are required to disarm, regardless of whether or not you carry with a permit –- leaving you helpless.

These so-called ‘Gun Free Zones’ are anything but, as we see in the news time and time again.

The shooting at the church in Texas took place in a ‘gun free zone.’

So did the shooting at the music concert in Las Vegas.

Virtually every mass shooting in recent memory took place in locations where the shooter knew that he was unlikely to face any armed opposition. 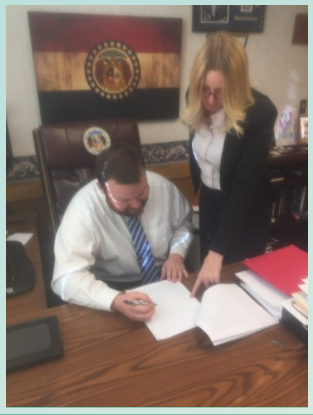 After all, there’s a reason these mass shootings don’t happen in police stations or areas where people are likely to be armed.

But just because you and I know that getting rid of deadly ‘Gun Free Zones’ is common sense, doesn’t mean passing this bill will be easy.

Last year, thanks to your help, we were able to pass this bill through three House committees before being stopped.

But this is an election year, meaning that legislators know they need to deliver something to gun owners before looking for donations and votes later this year.

We’ll be asking for your help to obtain co-sponsors on this bill shortly.

In the meantime, get ready for a fight over this bill, and make sure that your membership in the Missouri Firearms Coalition is current for 2018, as well.

Dr. Curt Frazier
Chairman of the Board
Missouri Firearms Coalition

P.S. The 2018 legislative is officially underway in Jefferson City, and with it, our chance to end deadly ‘Gun Free Zones!’

In the coming weeks, we’ll be urging you to call, email, and Facebook message your legislators, urging them to support this bill.

I hope that you’ll take action!

In the meantime, make sure your membership in the Missouri Firearms Coalition for 2018 is up to date!

We’re Counting on You!